There are various ways for infertile couples to get in touch with our professional team of doctors, depending on whether the couple wants to have a first informational talk or immediately arrange an appointment for the initial consultation in order for fertility treatment to be prepared. Click here to find a list containing all important information and contact details so that the next step can be taken.

Each IVF treatment is tailored to the individual needs of the infertile couple. The availability of exact medical results of both the woman and the man play a key role here.

During the initial consultation at our IVF Centers Prof. Zech, each couple is provided with a detailed description of the individual examinations (ultrasound monitoring, hormone assays, blood sampling etc.). In addition, the details of the therapy, the legal provisions and the risks involved are discussed thoroughly with the couple. An overview of cost and duration of the treatment is also a central topic of the initial consultation.

The planned procedure will be explained in detail to the couple, including, for instance, oocyte retrieval (follicular puncture), the further course of the treatment and the subsequent embryo transfer. The semen analysis and the suitable method of injecting a sperm into an oocyte will be discussed in detail and then a treatment plan will be created (ICSI: Intra-Cytoplasmic Sperm Injection - sperm selection using a 400x magnification; IMSI: Intra-Cytoplasmic Morphologically Selected Sperm Injection - sperm is selected at a magnification of 6000-12.000 times). After each treatment step (stimulation, oocyte retrieval, embryo transfer etc.) the further medication will be set out in detail.
→ more information on the Initial Consultation

True to the motto, "there can only be one winner", the same "battle" rages inside a woman's ovary each month! Due to the fact that during the normal menstrual cycle of a woman several oocytes start to ripen, on average about 10 follicles (containing the maturing oocytes) compete for dominance each month. Only ONE follicle may become the so-called dominant follicle containing the mature oocyte. The other follicles stop growing and eventually die.

This is exactly where hormonal stimulation comes in: The woman must take an appropriate hormone therapy (e.g. gonadotropins = pituitary hormones) in order to induce as many of these follicles - that would otherwise loose the battle for dominance - to develop further, thus leading to the maturation of multiple oocytes (please note: this hormone therapy is, of course, not likely to cause early menopause in women!). The hormone preparations are administered via the intramuscular (injection directly into a muscle) or subcutaneous (injection underneath the skin) route. The stimulation protocol precisely states each of the medications and describes when and how to administer them.

Dietmar Spitzer, Medical Director in Salzburg: "The focus today is no longer on the number of IVF cycles a woman may have to undergo to finally have a child, but is more an issue of how many children could result from just one cycle of ovarian stimulation."
→ more information on the Ovarian stimulation

IUI (Intra Uterine Insemination) also known as AIH (Artificial Insemination by Husband) may in some cases be considered as the first therapy option for three to six treatment cycles, particularly in women aged less than 38 years. The objective is to induce the maturation of a maximum of 2 oocytes. The required stimulation treatment is therefore entirely different from stimulation regimens commonly used for IVF/ICSI.

Other indispensable requirements include open fallopian tubes in the woman and good sperm quality in the man. The IUI procedure involves placing processed and concentrated sperm directly into the uterine cavity after having induced ovulation.

The follicles are visualized using state-of-the-art ultrasound systems. They are then aspirated under ultrasound guidance. This procedure is performed under short-term anesthesia and is therefore completely painless.

Biologists then identify the retrieved oocytes in a petri dish and subsequently transfer them to a specially prepared dish containing culture media. After the removal of the cumulus cells (nutritive cells), conclusions can be drawn with regard to the degree of oocyte maturity and, where appropriate, "post-maturing" can be started.
→ more information on the Oocyte Retrieval

Another possibility of semen collection is to perform testicular biopsy which involves the surgical removal of sperm directly from the testis (TESE/TESA). Before attempting to use the retrieved sperm, it must be appropriately pre-treated. This procedure involves:

Fertilization of the Oocyte

In the case of normal (good) sperm quality, a number of about 100.000 motile spermatozoa is added to the oocytes (IVF, In Vitro Fertilization). Non-optimal sperm quality requires ICSI to be performed in the laboratory - a procedure which involves the direct injection of a single sperm cell into the oocyte by means of a micro-needle.

For exact analysis of sperm quality and perfect microinjection, the IMSI procedure (Intra-Cytoplasmic Morphologically Selected Sperm Injection) is used as standard. Spermatozoa are selected at a magnification of x6.000 - x12.000 using a high-resolution special microscope. This allows for a much more precise assessment of sperm quality, in particular with respect to sperm morphology (optimum oocytes + optimum spermatozoa → optimum embryos!).

The IVF treatment is aimed at the transfer of one or a maximum of two embryos with the best potential for implantation.

Once the transfer of one or a maximum of two embryos is completed, it is desirable to cryopreserve any surplus blastocyst-stage embryos for future pregnancy (cryopreservation technique). The aim is to select and preserve those blastocysts which show the best development potential, with the intent to thaw them in the future in order to undergo further IVF cycles and have another child.

Cryopreservation involves the freezing of living cells in liquid nitrogen (at -196°C). So, the cells can be stored over an extended period of time without their viability and functionality being compromised. Using this cryopreservation technique, it is possible to freeze unfertilized and fertilized oocytes, spermatozoa, embryos as well as testicular tissue and ovarian tissue.

After having achieved a pregnancy via IVF treatment (see "Success"/Annual Reports), prenatal care tailored to the patients' needs is of utmost importance. To this end, the couples get in contact with the gynecologists who initially treated them or with a specialist in prenatal diagnostics.

The Birth of your Child

We can help you!

A pleasant atmosphere, empathy, medical knowledge and expertise are especially important when it comes to fulfilling your desire to have children. We hope that our "striving for excellence" will also gain your trust, and we are looking forward to welcome you in Salzburg. 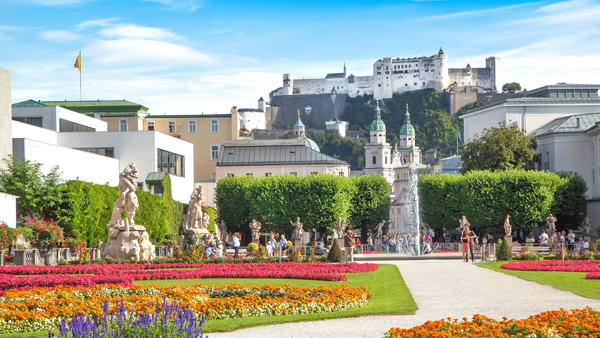 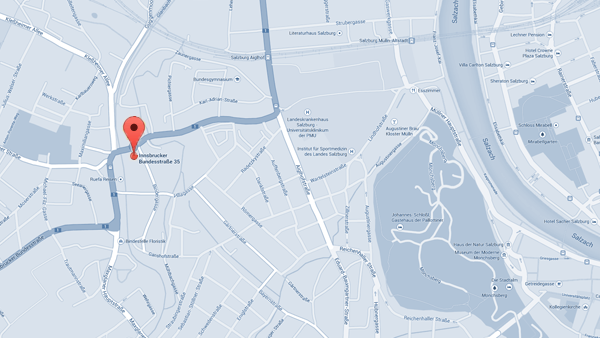 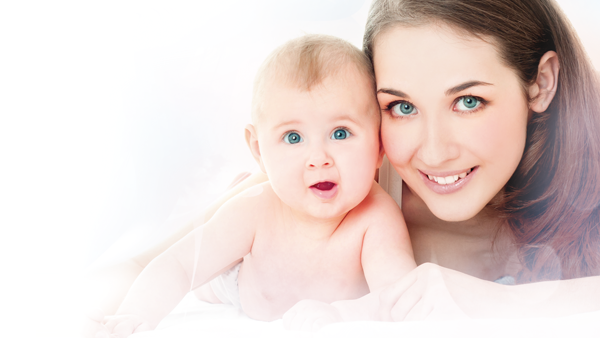 Our motto implies deep love and greatest happiness for couples who desire to have a child. For these couples, a child is living proof for the perfection of their relationship.

Press area
Unwanted childlessness Reasons and causes for infertility.
Chances of success What are the chances of getting pregnant after IVF treatment?
Legislation What are the different legal situations in the individual European countries?
Costs How can we afford the cost of good treatment?